Savvy travellers are always looking for local knowledge, to improve their experience and see or do more than the regular ‘touristy’ activities.  On safari it’s no different – so here’s the lowdown on how to ‘Safari like a South African’ by Rhino Post Safari Lodge Manager Nikki Meyer. The feature photograph above is by Roger de la Harpe. 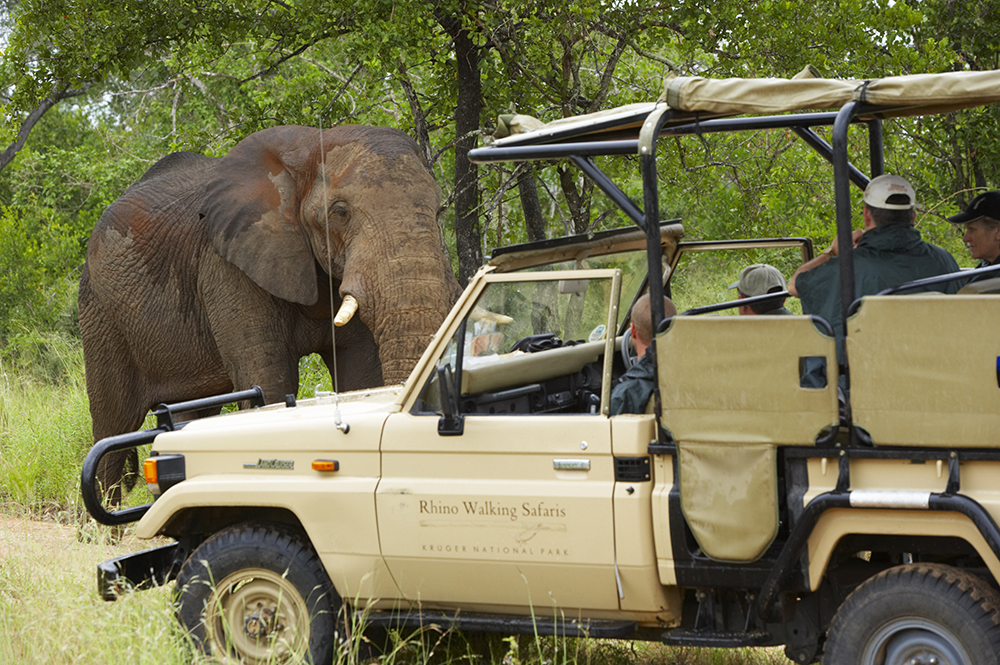 Being up close to such large game requires respect and care

First you’ve got to talk the talk:

–        South Africans never refer to ‘going on safari’ – that’s an international term popularised by the travel market; they just ‘visit the park’.

–        Small exclusive accommodation sites in conservation areas are referred to as ‘lodges’ and big ones as ‘rest camps’ or just ‘camps’.  They are not considered ‘resorts’; a resort is deemed to be a place outside of a conservation area, with lots of additional entertainment and sports facilities.

–        Going out in an open vehicle to look for animals is referred to as going on a ‘game drive’ rather than going on ‘safari’.  For those confused by the term ‘game’, in this instance it’s a plural word referring to wild animals.

–        When talking about buffalo, they simply refer to ‘buffalo’, and do not differentiate between ‘Cape Buffalo’ and ‘Water Buffalo’ – Water Buffalo are only found in Asia and not on the African continent, so there’s no need to distinguish between them. 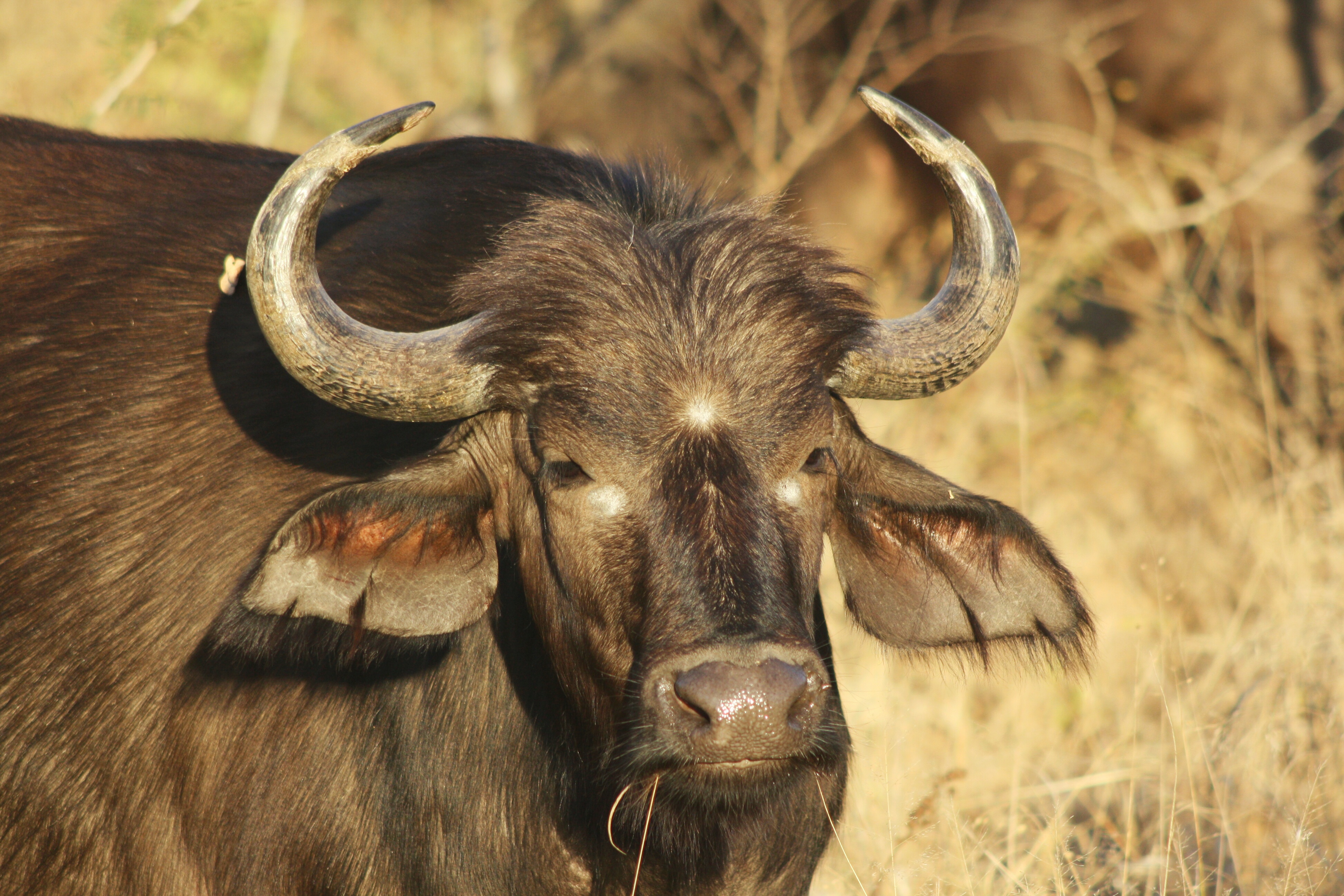 Good hair day for this auntie buffalo. Female buffalo may be identified by these tufts over their horns.

–        Any and all antelope species are referred to as ‘buck’ – regardless of the gender.  The term ‘deer’ is rarely used.

–        Cougars and Jaguars are ‘foreign’, the South African version: the sleek, big, spotted wild cat is a leopard.

–        Never, never tell anyone you saw a tiger, and don’t ask about bears – you will not see these in the wild in South Africa, only at a zoo or at a breeding project. 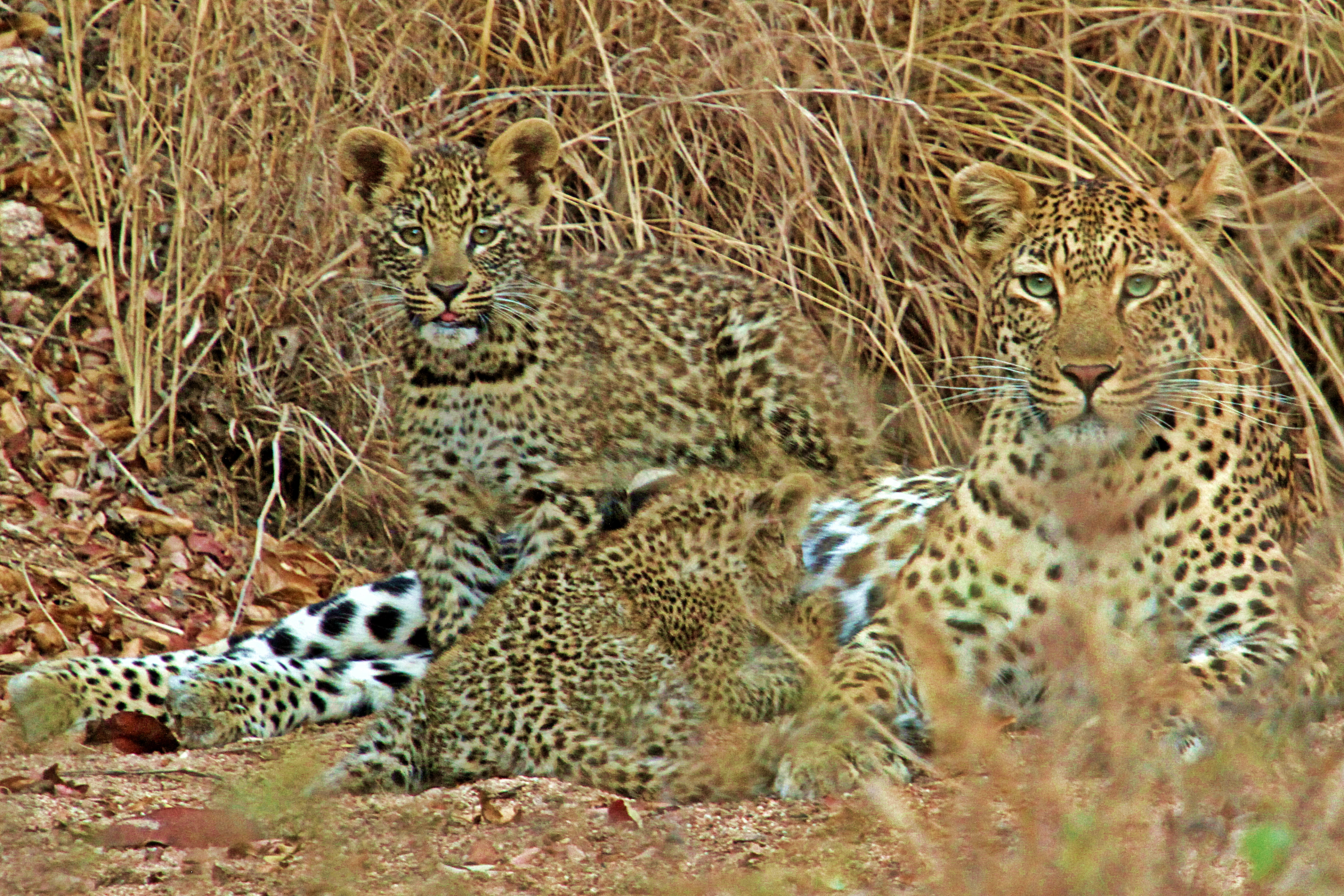 Leopard cubs and mother in the Kruger National Park

Then it’s time to walk the walk (literally):

–        Safari gear for a South African consists of comfortable, flat, shoes and neutral colours.  While a touch of animal print is not unheard of, full animal print shirts are rarely worn, and animal print trousers never.  Pith helmets and photographer’s jackets are a sure sign of an overseas visitor, as is the combination of socks and sandals (socks are worn with closed shoes, and sandals go directly onto a bare foot).  Wearing white in the bush is a no-no, worse than bright colours, as most animals see in black and white.

–        Locals appreciate the diversity of the parks, and do not focus on the ‘Big 5’ although they’re just as thrilled to see them as everyone else is.  For residents, by far the most exciting creatures to find (way scarcer than the big 5) are:  Cheetah, Wild Dog, Honey Badger, Pangolin and Aardvark. 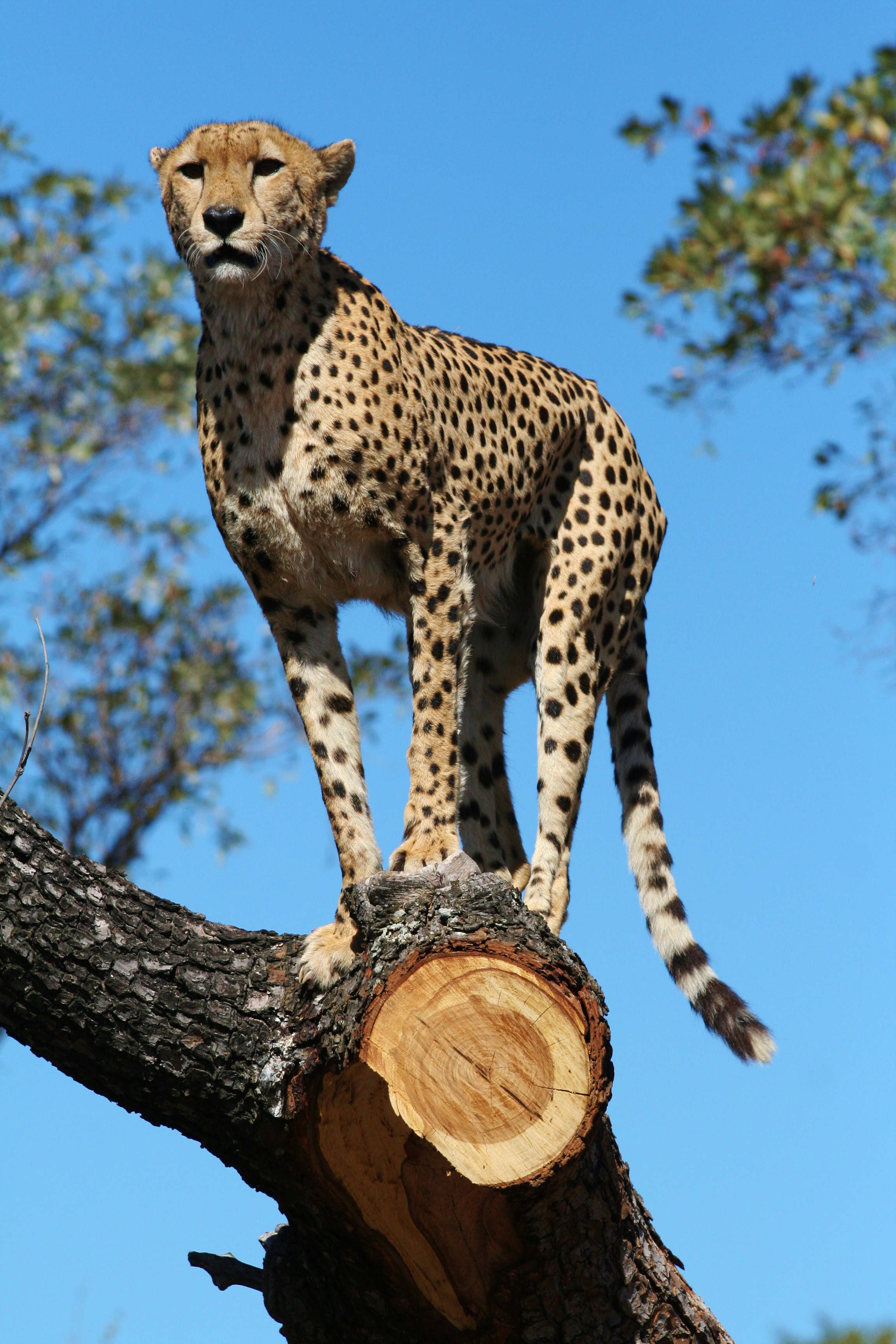 It is a privilege to spot one of these cheetah, as there are only estimated to be about 400 in the Kruger National Park

–        Seasoned safari-goers and nature lovers frown on those who whistle, call “here kitty, kitty”, make ‘kissy noises’, click their fingers or even throw things at animals to get a better photo opportunity.  If you want a harmonious drive, watch in silence and take the photographic opportunities that naturally present themselves.  Some guides mimic animal sounds to great effect, but unless you’re on your own, don’t try, it might just frighten the sighting off and make you very unpopular with your fellow travellers!

–        Getting out of the vehicle and walking in the wild, to experience the enormity of bigger animals from ground level, track game and smell, touch and taste plants etc. is extremely popular.  South Africans refer to a ‘walking trail’ as a walk of 3 hours or more, usually early in the morning or late in the afternoon, where one uses all of the senses to appreciate nature, rather than a midday stroll.  In a park containing the Big 5 (Elephant, Rhino, lion, leopard and buffalo) hikers must always be accompanied by two armed guards.

–        A highlight of the typical South African’s ‘safari’ is to camp out in the wild and cook dinner over an open fire – always referred to as a ‘braai’ and only as a ‘barbecue’ when speaking to overseas visitors.  At Rhino Walking Safaris we do this in on raised decks, sleeping under the stars and refer to it as a sleepout. 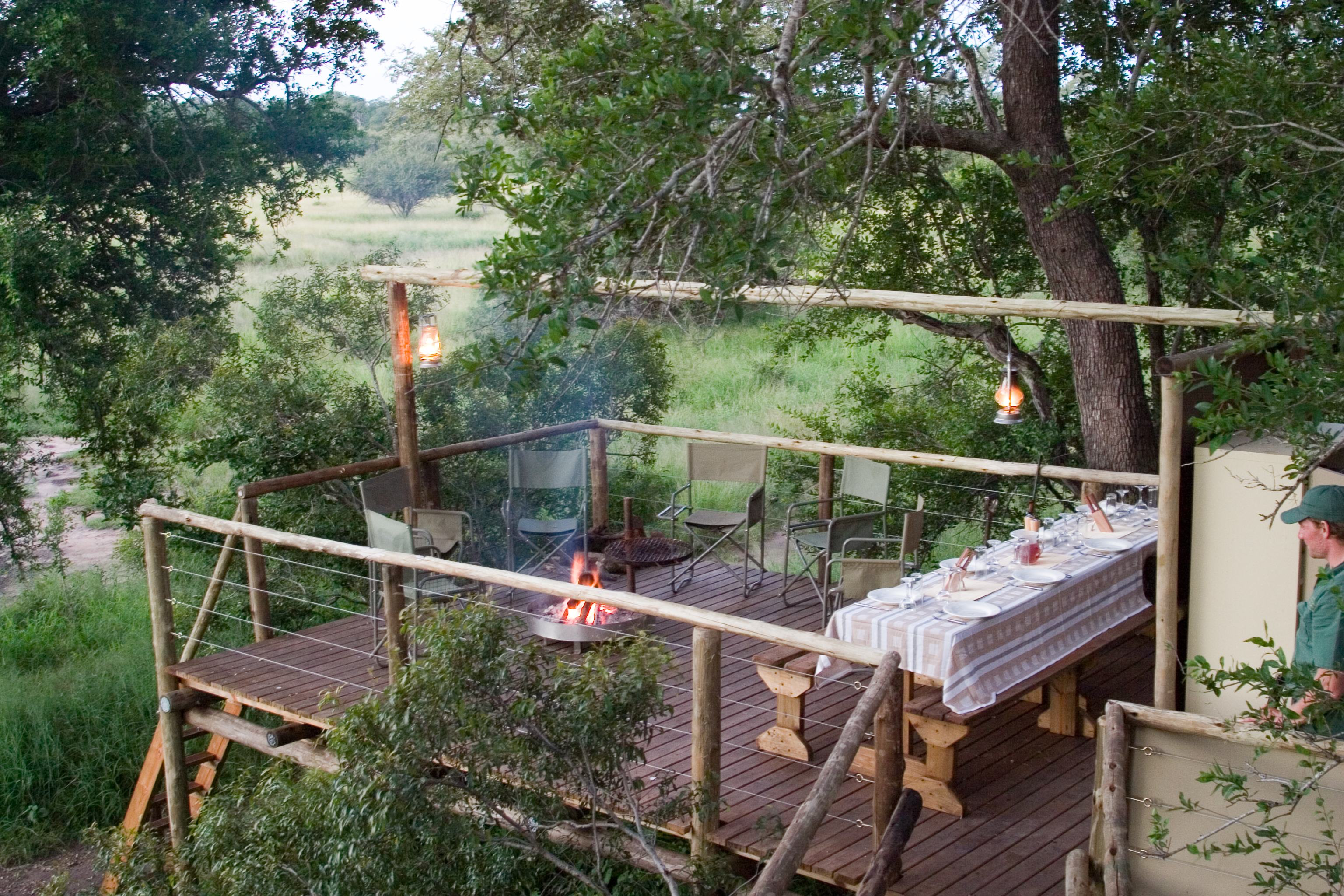 The most important thing for a South African on ‘safari’ is to take great care that in enjoying the wild, you leave the smallest footprint possible.  Pick up litter, leave plants, animals or fossils where you find them and never damage or deface anything (including carving words on trees).  If you’re driving yourself, stick to the roads, if you’re being driven by a professional guide, pick one who sticks to the roads if you can, and definitely don’t let anyone drive off road after rains, the long-term erosion damage is not worth it.  Most of all, enjoy your visit our precious parks! 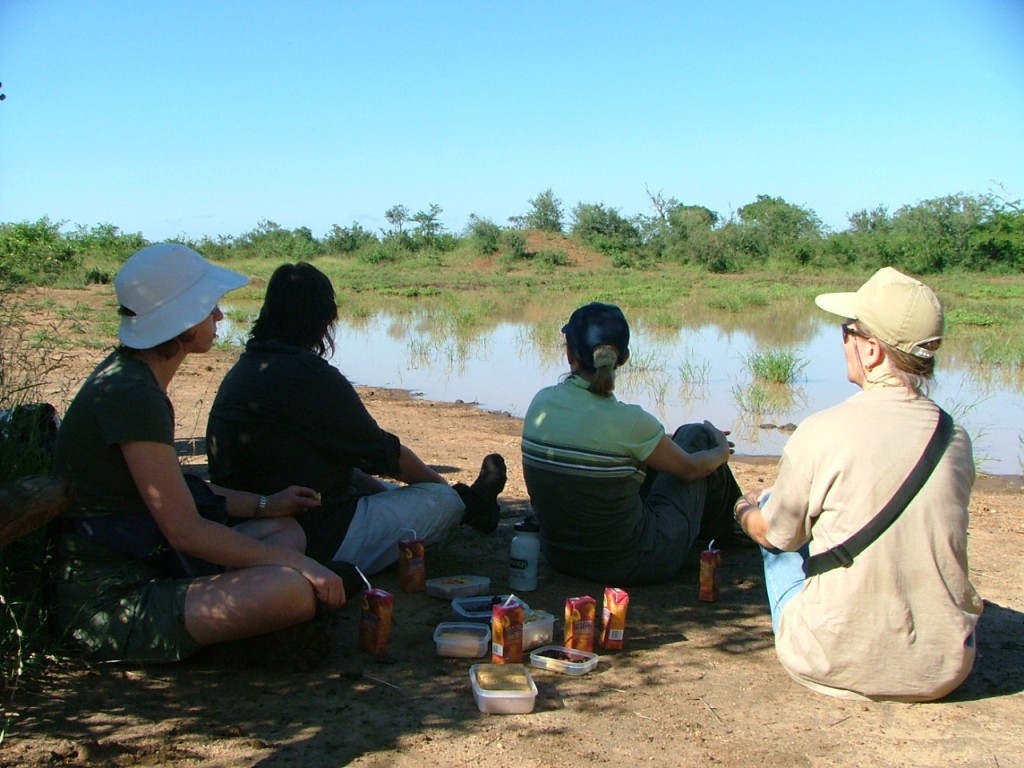 To read more about what to prepare for a Rhino Walking Safari, read our blog CSI Kruger.

To hear more about a typical game drive from Rhino Post Safari Lodge, read our blogs The Night Before and The Morning After.