Our experienced and passionate guide, Mike Nel, of Zululand Tours, opens his story of the Battle of Rorke’s Drift with the line “This is a story of both courage and cowardice.”

It starts with an unlikely soldier, a one Henry Harford, an entomologist with a heart for Zululand. He is said to have solemnly confessed to his superior, on the eve of battle “Sir, I am rather concerned about my bravery.” Indeed in the very first skirmish he is part of, a cry was heard across the veld “Harford’s fallen! Harford’s down!” It turns out he was not injured and in fact he was simply on hands and knees to collect a rare beetle he spotted crawling across his path. So committed a collector was he, he became the frustration of his peers for stealing the last of the precious gin supplies, again not to drink as they assumed, but to preserve his buggy finds. His concerns for his lack of bravery were unfounded as he is said to have held up a group of Zulu warriors without even having a weapon on hand. 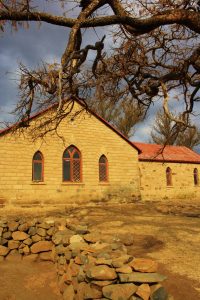 Regaled by these fascinating accounts, we enter into the perfectly preserved mission station of Rorke’s Drift. Here we hear about regiments arriving, having fled the terrible battle at Isandlwana and now taking even more men away with them from Rorke’s Drift in their terror. We listen spellbound to the stories of those left behind to defend their fort. We hear about one officer who, surrounded by Zulu warriors, hides beneath a dead cow to escape his own death. We hear of men, who not only dig their way through brick walls of the fort, but then push the sick and wounded before them to escape the onslaught. What kind of strength does it take to engineer such an escape, under such conditions of darkness, chaos and terror, and then still carry the vulnerable with you?

Such stories naturally lead to reflections of one’s own bravery under such duress – what kind of person would I be in a time of war? I have done trauma counselling with the war afflicted and I have little romantic notion left of what happens to human beings in times of terror, only a great respect for human dignity and vulnerability and ability to overcome even the worst of memories. I, who am a bit of a ‘woess’ even with confronting my own family in times of trouble, bear no judgement towards the many I have heard tell their stories of running away from danger as fast as their legs would carry them, or who hid under the bodies of their siblings during attack. I have only a wish that we gently accept ourselves for our big cowardices and small daily braveries and find inspiration from bolder, braver others, to make the world a better place in whatever time of troubles we find ourselves today. 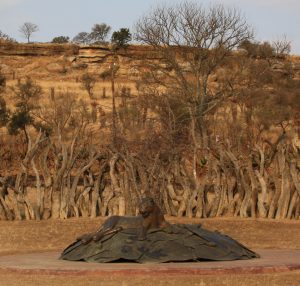