I have to restrain myself from trailing around after the new luxury Rhino Ridge Safari Lodge manager for the two days that I stay at this breath-taking haven. S’phamandla Shabalala is like a calm, wise older brother and it feels that one can imbibe his spirit simply by being in his presence. I determine to learn as much as I can from this man and how he became the person he is today.

A successful manager of luxury lodges for many years now, I ask S’phamandla what attracted him to the new Rhino Ridge Safari Lodge in Hluhluwe. He doesn’t even have to think about an answer and immediately replies “It is Isibindi’s commitment to staff development that attracted me to take up the position at this lodge. I love taking staff from a basic level and growing them into competent professionals” he explains. “It is so rewarding to see people grow – it’s such a sense of achievement.” 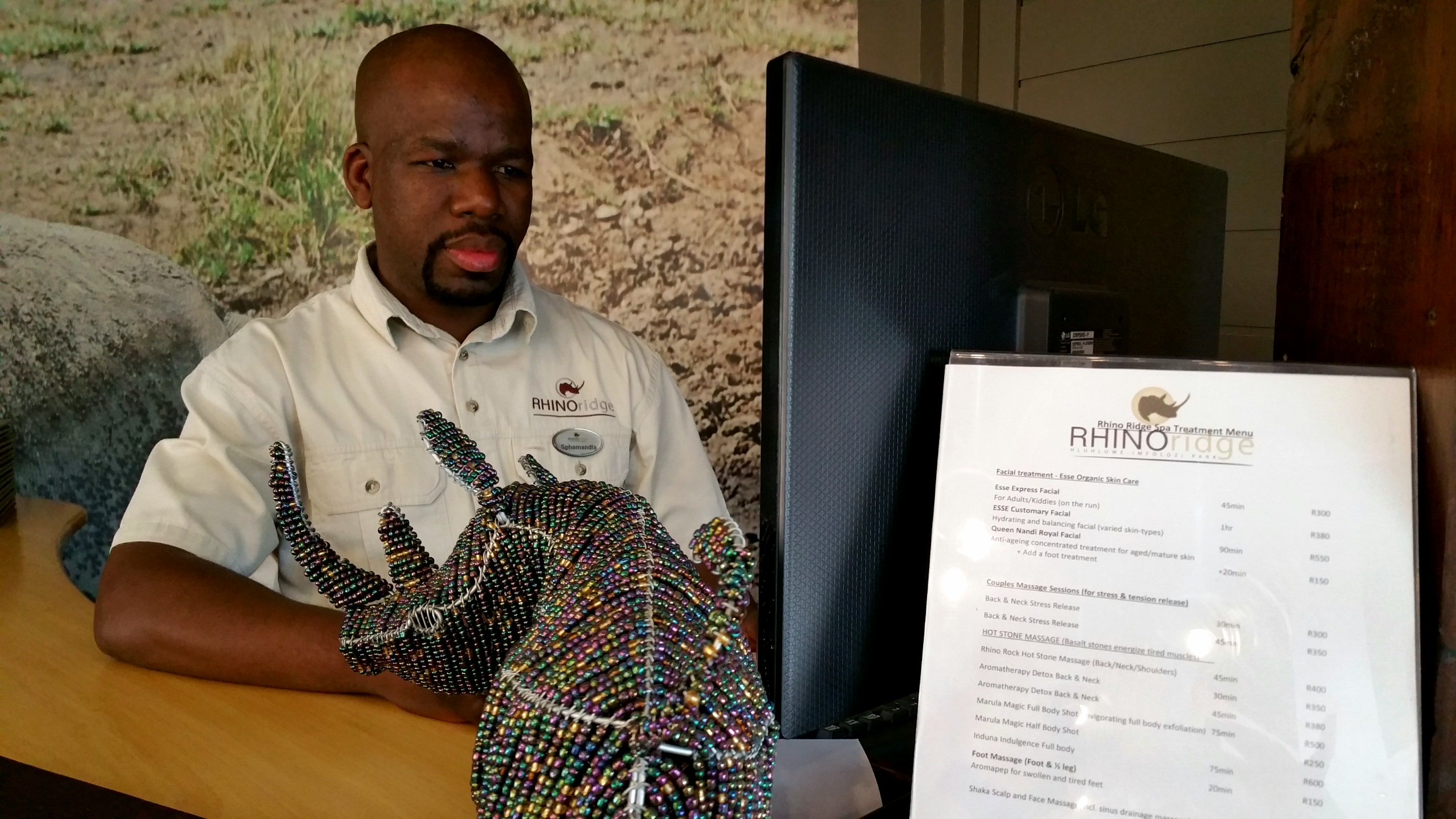 In developing the new Rhino Ridge Safari Lodge, Isibindi wanted to focus extensively on community development, and S’phamandla explains that almost all the staff are employed from the local Hlabisa community. “The staff are a unique group of people, so welcoming and caring. There is such a nice spirit here.” He is proud that 49% of the lodge is owned by the local community. 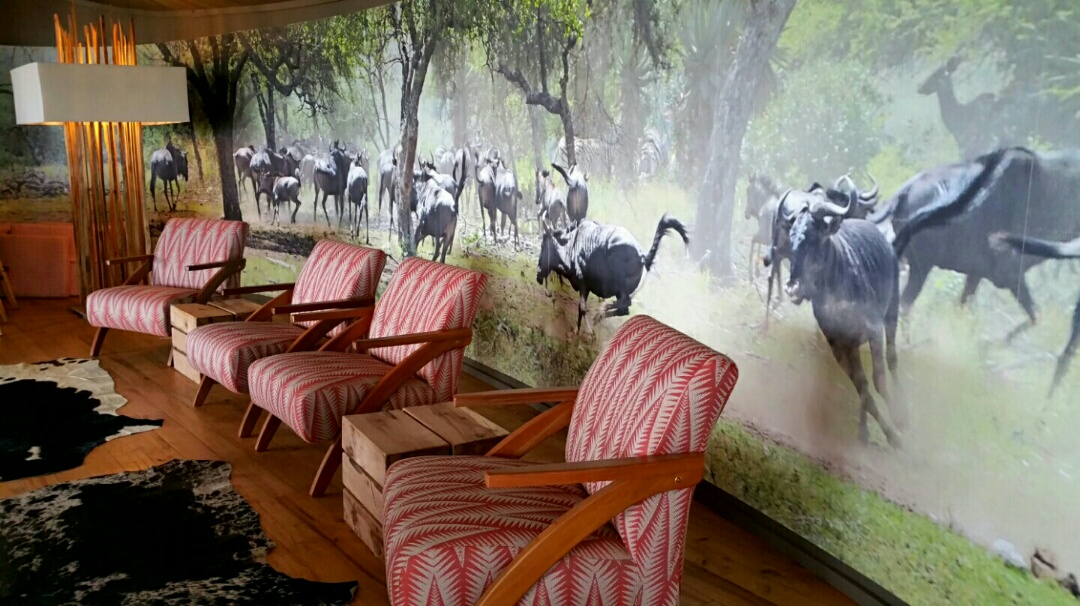 The lounge of Rhino Ridge Safari Lodge which Sphamandla manages

I sense there is a story underlying his commitment to staff development and ask about his own background and S’phamandla humbly reflects “It’s true – people sometimes see where you are today and forget where you come from.” He describes his own early life growing up at the base of the Drakensberg mountains, raised by a single parent, his mother. He says “My Mom is the one who supported me to get to this level.” A domestic worker, she said to her children “I will be the last one in my family to be uneducated” and she encouraged S’phamandla saying “School is your future. I want you to be able to stand alone and have a good life.” He says “She was philosophical about life, even when it was a struggle. I saw how much she sacrificed for us and I wanted to make her proud of who I am today. I wanted to get further than even she expected. When I was flown to Kenya to receive awards for service excellence she was so proud of that moment.”

S’phamandla himself is dedicated to his own family and spends as much time as he can with his wife and children. Having grown up without a father he seems to have overcome this by determining a different outcome for his own children, much like his mother did with him.

Sometimes it feels to me like domestic workers are upgrading the South African nation, quietly, without recognition, humbly and ever so proudly, raising children with good values which extend beyond their own wellbeing. I think any mother would be bursting with pride to have a son like this, so dedicated to his own family and to uplifting the lives of others by giving back the type of investment he received from her. I think I will trail after him just a little bit longer and see what else I can absorb from this man of hope and loveliness.