African Icons book has a special focus on the turtles of Isimangaliso April 17, 2015

World renowned African travel writer David Bristow and award-winning photographers Roger and Pat de la Harpe have brought their creative talents together and visited Africa’s most beautiful places to produce the much-anticipated African Icons book. Isimangaliso was selected as one of these pristine natural areas of Africa to showcase in their book.

This excerpt and the featured photographs are from the African Icons Book chapter: Biodiversity – iSimangaliso Wetland Park, South Africa. Visit their website http://africanicons.co.za/biodiversity-isimangaliso-wetland-park/) which shows a video of the famous turtles, filmed while staying at Thonga Beach Lodge. 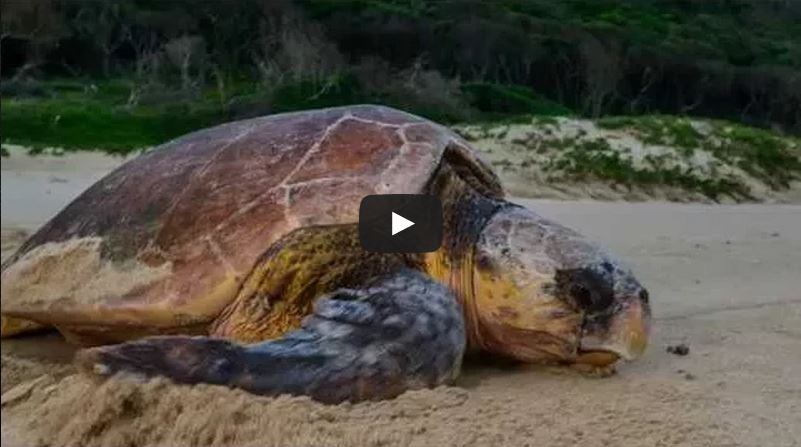 For centuries sea turtles, especially the green species abundant in the northern waters, was the favourite food of sailors with the soup fetching very high prices among the well-to-do of Europe and elsewhere – hence the opening quote of this chapter. It was so easy to catch turtles when they hauled themselves up onto tropical beaches to dig nests in which to lay their clutches of soft, leathery eggs. It did not take long for them to become among the first creatures of the seas to confront the evolutionary end-game.

But what had the greatest impact on sea turtles was the slave trade: nothing was easier or cheaper than to feed that sad human cargo with turtles and eggs loaded up from all the remote beaches and islands of the Indian and Atlantic Oceans.

Few people know a shoreline better than avid coastal anglers. In the early 1960s it therefore came as a surprise to senior staff at the Natal Parks Board, (now Ezemvelo KZN Wildlife, the conservation authority in KwaZulu-Natal, South Africa) who themselves were keen fishermen and familiar with the remote northern beaches – to hear that a turtle graveyard had been discovered south of Kosi Bay near the Mozambique border.

No turtle had ever been recorded from the region, and yet clearly they existed and people were eating them. As a result the Parks Board instituted the first turtle monitoring and tagging programme in the summer of 1963/64 along the Maputaland beaches. It has been running ever since, amassing one of the most comprehensive bodies of turtle data in the world.

In recent decades the shoreline and marine margin has been protected as part of the iSimangaliso Wetland Park, a semi-autonomous conservation organisation that protects not only wildlife and natural habitat, but also safeguards the way of life and development of the subsistence Nguni people who live there.

Of the seven species of sea turtle found worldwide, five of them (leatherback, loggerhead, green, hawksbill and olive Ridley) are found in the sea off iSimangaliso. Only two, however, the leatherback and the loggerhead, come ashore to lay. Even though their numbers have been increasing slowly over recent decades, turtle futures here as worldwide are by no means bank safe. 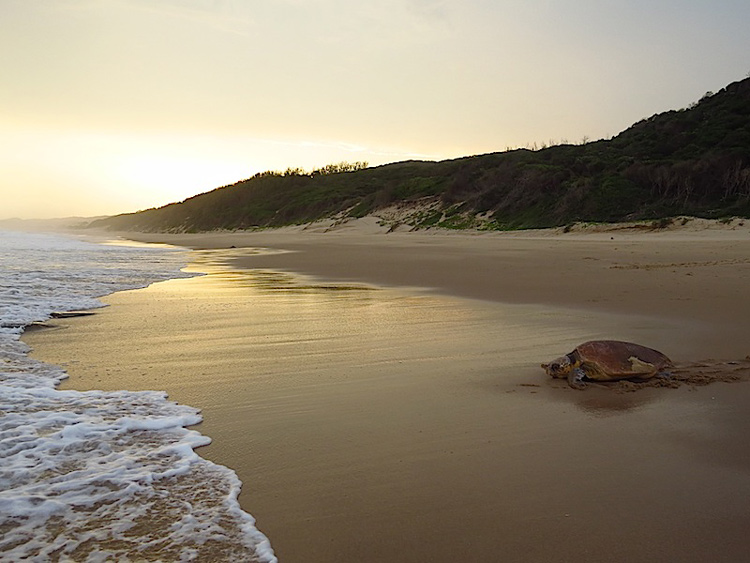